If you feel like something is missing in your office dynamic, it may be time to reflect on whether or not the group you work with is actually a team. Managers must understand the differences between how a group vs team mentality can affect the workplace.

Though both “group” and “team” roughly mean a number of people or things that are located close together, there is an additional element of comradery that exists in a team.

People feeling like they’re in a team instead of a group can make all the difference.  Here’s a list of ways to help transition your group into a strong team.

What is a group?

What is a team?

The difference between a group and a team

When part of a group, workers may find themselves feeling like they’re an independent piece of the puzzle. Though coworkers in a group may work side by side, there is little interdependence that would bring them closer. Worse yet, there’s very little support within a group vs team.

A team is the ideal for an effective workplace since managers and co-workers can enjoy the benefits of working with a strong support system.

For example, teams will regularly meet in order to make sure that everyone is on the same page. Projects can be fleshed out and detailed with the team in mind. This ensures that everyone is playing their own important role that others depend on.

In a team, all efforts should be coordinated so that everyone can work towards a common goal that can elevate every single person – rather than one key member in a group.

Some of the main differences between a group vs team are that people:

Group vs team: who comes out the winner?

Whether you run a retail store or marketing team, the clear winner in a battle between a group vs team is the team.

This is because everyone is held accountable by the rest of the group. Teams tend to communicate with each other more, whereas individuals want to surpass their expectations to help. In the end, projects can be completed effectively with great team collaboration.

Teams operate under common purposes and goals, even if everyone on the team has a different role.

For example, the team could be working on a new website launch. Although you may have a writer, designer, engineer, and manager helping with this project, each person is dependant on the other. Without the writer finishing their job, the designer is unable to create a page layout that works and can be applied to similar pages. In turn, without the page wireframes built by the designer, the engineer won’t be able to build those pages.

In contrast, people who work in a group typically don’t collaborate as well as teammates do. Instead, a person may only understand their role and fail to see what they can do to support the next person along the line. Worse yet, they may not communicate at all.

From a managerial perspective, one option is clearly more efficient than the other. For teams, getting things down and communicating their needs is simple and natural. Whereas in groups, an individual may find it difficult to voice what they need or to find the right person that can help them.

Get your team process-ready, with Cirkus

Join free today and implement processes that work.
Sign Up

Why you should work on changing your group into a team

Though groups can get the job done in a work environment, they may not be prepared to handle more complicated projects. In other circumstances, they may fall short of the mark due to lack of support.

You may have people working together despite being from different departments to form a workgroup. In that circumstance, you may notice that their communication or collaboration isn’t quite up to par. However, they can still make it work to reach a goal.

A team, on the other hand, will be able to brainstorm, share responsibilities, check in on each other, and make good progress without micromanaging from a team lead. Teams are able to work more independently because they already have a good dialogue with their teammates. In that sense, they can be more aware of goals and smaller nuances that will make a project successful.

For a simpler example, think back to grade school: were you more likely to succeed and enjoy working on a project with a team of your friends – or a group of classmates you don’t know very well? Many people would choose to work with friends, who they already feel a comradery with, rather than strangers. The reason for this is because, as a team, everyone mutually understands that everyone is being held responsible. In a group, it’s possible for certain people to withdraw and ride the wave of someone else’s hard work. 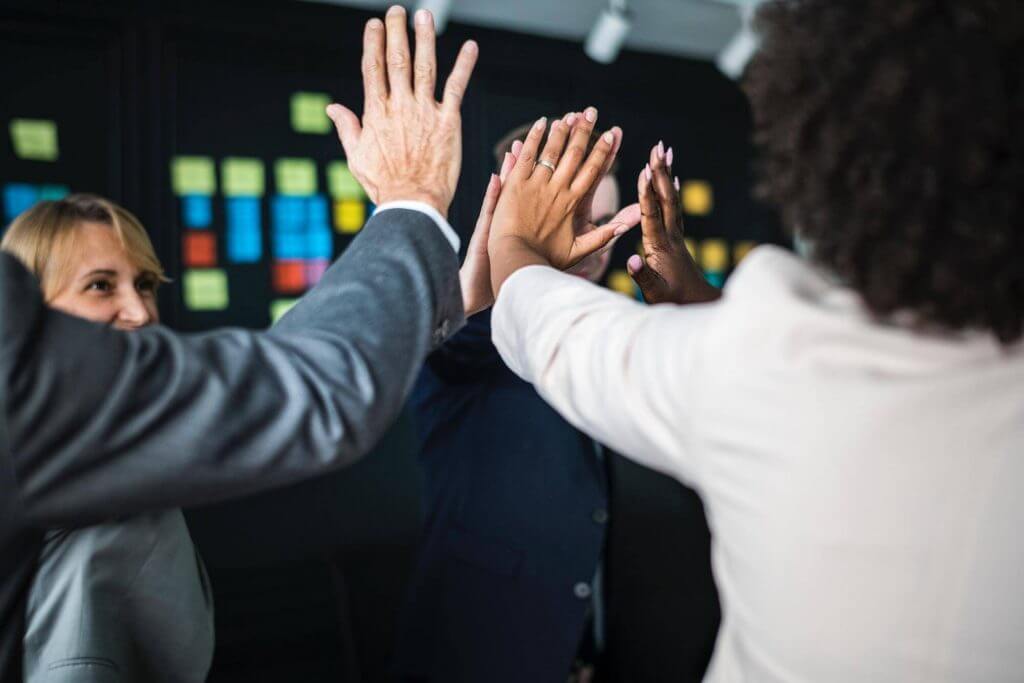 How to turn your group into a team

If you have noticed a disconnect in your office, and want to make a change, there are a few things you can do to support this transition. In a previous blog, we discussed how you could build a great team environment, but your priority should first be to create a team that can bond.

One of the best things that you can do is actually include team-building activities into your schedule. When people are able to learn more about each other and connect, working together becomes more exciting.

The truth is that most of us spend more time in the office than we do at home. Creating a cohesive team is so much more fulfilling than simply working with a group of people who aren’t interested in each other.

Activities like ice-breakers, company lunches, or happy hours can be effective ways to promote the trust and relationships that truly form a team. This applies to remote teams as well.

Whether you’re working with a traditional, in-office or a remote team, it’s important for everyone to frequently touch base with each other.

There are communication tools that allow coworkers to chat within the projects or group. Such tools are invaluable for digital teams who have no other means of instantaneous communication.

Managers should also aim to hold regular meetings where the team can discuss their weekly wins and losses, review upcoming projects, and understand the expectations they’re all working with. 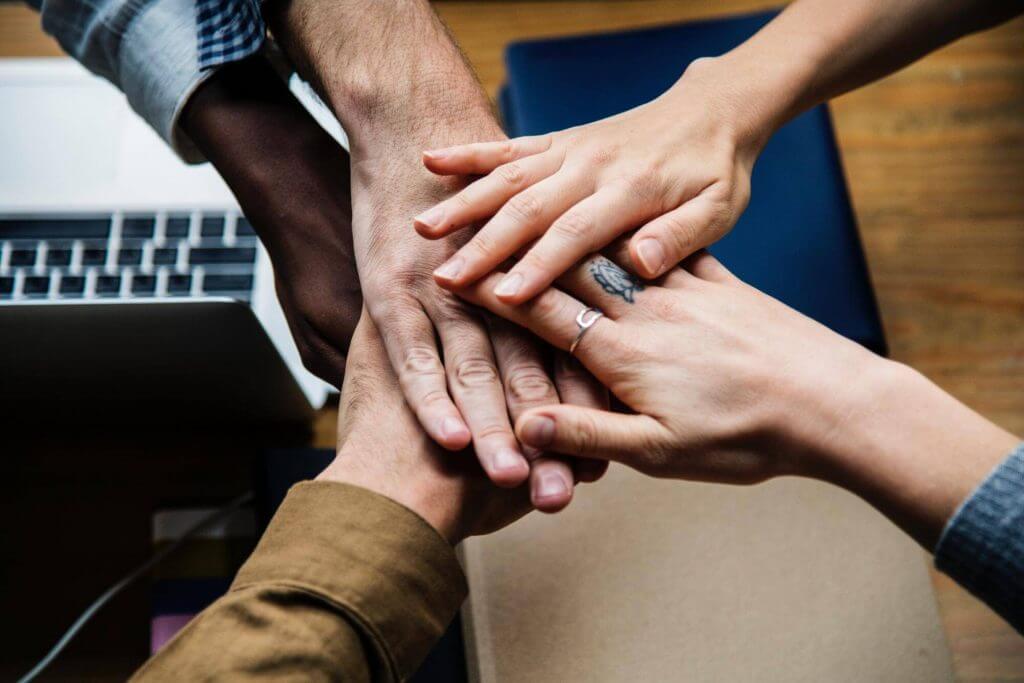 If you want to create a team vs a group, you’ll want to make sure that you’re also supporting collaboration. Anything that starts a conversation and builds trust is helpful in accomplishing this goal. Make sure people know that they can and should be collaborating with each other.

As a manager, you should know your team the best. Encourage working relationships with people who have similar personalities, interests, and contrasting skills. This is a great way to elevate your team to new heights of success. The reason behind this is that they will learn who they can go to for assistance.

You can also use tools that support collaboration, such as task management tools. These options will allow you to build workflows, assign tasks, and host conversations all within one platform. In turn, your team will be able to interact and track progress easily.

Make the most out of your great team

When you’re managing a group of people within a single company, it’s in everyone’s best interest to feel like they’re a part of a strong team.

Everything from scheduling a monthly team luncheon, allowing people to chat with each other while they work, and using technology that creates a strong team foundation can help you accomplish this goal.

The best part of successfully creating a team is that you’ll notice your work decrease. People will start to hold each other accountable and check in with their teammates. When this happens, rather than people focusing on their own endeavors, everyone wins.

Task management, no longer a task

Use Cirkus to automate your workflows and let the show go on.
Sign Up

Importance of teamwork and collaboration in the workplace

Real work gets done with Cirkus

Use Cirkus to reduce stress and keep your projects on track, files in order, and communications together in one place with your team. Progress starts now, and it’s free to signup and try.